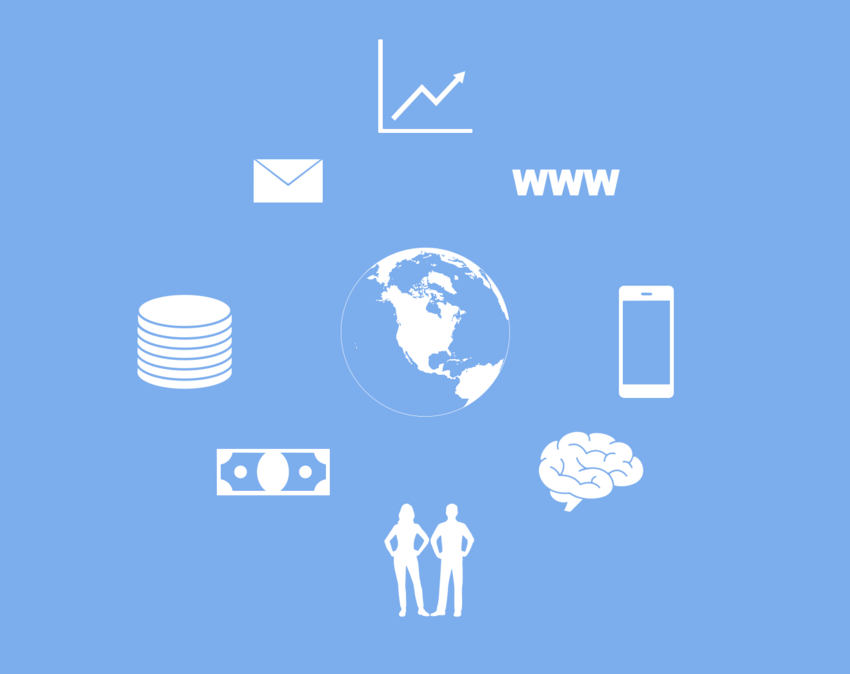 Pacific Software Publishing, Inc.
We design and develop software to help your business. If you have a problem, please come talk to us. 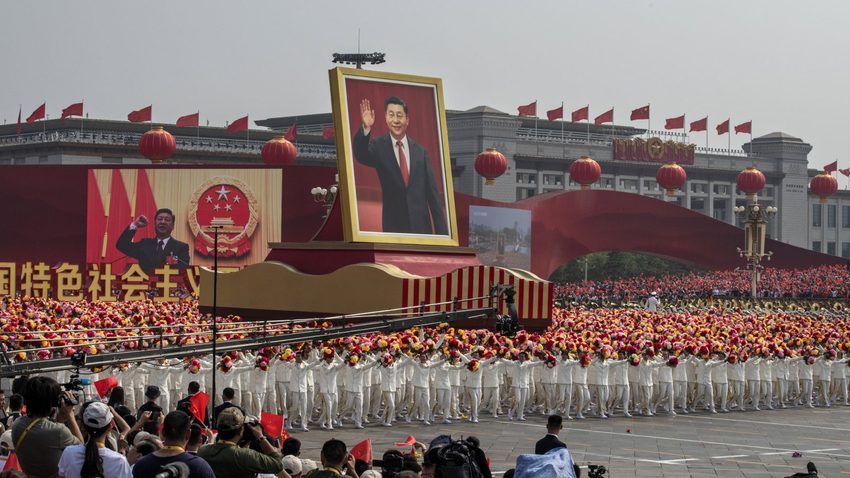 I pickled one news from Japanese news source and translate it using DeepL translator. I hope you enjoy it.

The Beijing bureau chief of the U.S. newspaper "The Washington Post" went to the Xinjiang Uyghur Autonomous Region for one last visit to the region before he leaves his post. But what awaited him there was an "ultra-surveillance society" and a "propaganda village," just like in Pyongyang.

This is North Korea, not China.

When we landed at the airport in China's Xinjiang Uyghur Autonomous Region, two public security officials were waiting for us three foreign journalists. We had just flown in on a domestic flight from Beijing, and the duo asked us to show our passports.

When we asked them why they stopped us, they said they were asking us to wear masks because of the outbreak of a new corona outbreak in July in Xinjiang. All of us here were wearing masks before we were told.

They took a page of my passport with my personal information and a photo of my press visa.

This is how the four days of persistent surveillance and annoying checkpoints began. The purpose was to disrupt our reporting activities and to scare the residents out of contact with us.

Everywhere we went, we were followed by a tail car. Every time we found the license plate of a tailing vehicle, we recorded "25 in Honda" or "35 in Volkswagen".
Everywhere I went, I also saw men who looked like undercover agents. Like a slapstick police comedy from the silent movie era, some rushed to hide by jumping into plantings and others pretended to be making phone calls. ...... All were from the authorities who were tracking our actions.

In addition, there were "Michael" and "Smith" who were employees of the Department of Public Safety. We were repeatedly summoned to the hotel lobby by these two men to remind us to follow press regulations, especially to make sure to ask permission for anyone to be interviewed. A truly ridiculous debate ensued over whether or not "building consent" was even required for photography in a public building.

My reporting trip to Kashgar in Xinjiang was the last report that brought an end to my 10 years of reporting activities in Asia. However, what I was reminded of during such a profoundly moving trip was the reality that this was no longer China, but North Korea.

The city of Kashgar, the center of Uyghur culture and once a strategic point on the Silk Road, is now a propaganda village that could easily be mistaken for Pyongyang. Just like Pyongyang, where I was posted before Beijing, it is impossible to tell how much of it is real and how much is staged.

One million Uighurs to go to "re-education camps

I visited Kashgar for the first time in 2006. I still remember my impression of Kashgar when I entered from the Kyrgyz side as a tourist. People with Central Asian faces speaking Uyghur with Arabic script. Fresh figs and smoke from baking kebabs. A noisy Sunday market. It was a magical city, and I was amazed that such a fascinating place existed within the borders of China.

Fourteen years later. Before revisiting Kashgar, I reviewed the photos I took during my first visit. The famous Aitgarh Mosque was alive with activity. Men with long beards and women wearing hijabs, or scarves, to cover their hair. Children posed for the camera with smiles on their faces. What are those kids doing now? Most must be in their early 20s.

The Chinese government has sent more than one million Uyghurs to the 're-education camp' in the past four years. The aim is to deprive them of the Uyghur culture, language and religion. Men are forced to shave off their beards, women are forced to throw away their scarves and loyalty to the Chinese Communist Party. Children were separated from their parents and sent to an orphanage.
On a revisit to Kashgar, at first glance, daily life seems not much different than before. At the night market in the Old City, families were feasting on piles of meat and bread. Children can be heard laughing through the open windows on the upper floors of the building. Young men, a key target of the Chinese government's re-education policy, are also out on the streets.
As I walked around the city, however, I felt the same mixture of sadness and anger that I had felt in Pyongyang. What I found there was a fictional world reminiscent of the movie "The Truman Show. People's eyes were downcast and the air was clearly filled with a heavy atmosphere.

Were the people I had seen in Kashgar influenced by "re-education"?

It almost certainly would be. But it wasn't a situation in which I could ask the citizens very many questions. Just as I did in Pyongyang, I refrained from interviewing the people I would meet on the streets and in the shops. I couldn't do interviews that I would normally do in other parts of the world.

If it was discovered that they had talked to foreign journalists, they might be in danger. We wanted to talk to someone who had been through the re-education camps, but we didn't want to risk putting him in danger. Even if I talked to an ordinary foreigner who wasn't a journalist, or even an ordinary conversation that had nothing to do with re-education, it would be dangerous.
So I imposed on myself something that I would never tolerate as a journalist. Do not talk to us on the street. I never asked questions when I walked into a store or took a taxi.

The only time I would open my mouth was to argue with the public safety authorities. He never asked any more questions than that. All we were allowed to do was watch. And to be seen too.

When I was posted to China a little more than two years ago as Beijing Bureau Chief, I was just finishing a book on Kim Jong-un, and my mind was completely on North Korea. Still, I tried to avoid looking at China from the perspective of a neighboring country ruled by delusions of grandeur.
China is not North Korea, I told myself.

But as the stranglehold of the Xi Jinping regime tightened, it was not easy to shake the North Koreans out of my mind.

It is true that China still has a certain level of freedom that North Korea does not have. Nevertheless, there are days when such a China really does feel like North Korea.

Take, for example, the day when Xi Jinping's name dances on the front page headline of the People's Daily, the official newspaper of the Communist Party of China, more than 10 times, and when I stop by a bookstore and don't see any books by anyone other than Xi Jinping on the shelves. Or on October 1 last year, when I saw a giant portrait of Xi Jinping atop a black vehicle parading through Beijing during National Day celebrations.

Xi Jinping is now pushing a line of individual worship unlike anything seen in China in the past few decades.

That propaganda has been successful in some cases. When I spoke with young people in Mao's hometown of Changsha, Hunan province, this year, they appeared to be wholeheartedly admiring the Communist Party. And the elderly people I spoke with in an alleyway in Beijing called Hutong were relieved that it was President Xi, not U.S. President Donald Trump, who led the anti-corona effort.

These people probably meant what they said. Nevertheless, it is becoming harder and harder to judge them by the day.

It is not only in Xinjiang Uyghur Autonomous Region. All over China, it is becoming extremely difficult to have a conversation with people in the streets. People are afraid to open their mouths anyway, whether it's criticism or not. Students, professors, grocery store clerks, taxi drivers, parents with their children ...... all signal to me with their hands to stay away.

Sometimes I meet someone brave enough to want to have a conversation with us. I am always grateful for their honesty, but at the same time I am afraid. But at the same time, I'm afraid. Will he or she be held back because of an article I wrote? Openly expressing an opinion could result in years of imprisonment.

In China, as in North Korea, more and more foreign journalists are being detained or ordered to leave the country.

As I scrolled through the contact list on the app WeChat, I was reminded once again of how many journalists have been expelled from China.

I was particularly heartbroken by the "M" column. Michael Kovrig and Michael Spaver, both Canadians. The two men, who met through work, were detained by the Chinese in retaliation for Canada's arrest of a Huawei executive and have been held for more than 650 days. This is longer than North Korea's detention of American student Otto Warmbier.

Most recently, in August, it was revealed that Australian national journalist Chen Lei (Chenglei) had been detained. She was on the China Global Television Network (CGTN), where she had been disseminating the Chinese side's views in English to the rest of the world. She is a single mother with two young children.

I left China in September with a sinking feeling. It is unlikely that things will turn around and allow more freedom to the Chinese people in the near future. Neither will the situation surrounding foreign journalists trying to convey China's reality, for better or worse.

Before I left China, an old acquaintance told me a joke that is now very popular in China.

"The Chinese used to think of North Korea as their 'past,' but now they are realizing that it is their 'future.