PSPinc will help your business thrive by providing for all of your technology needs. We offer a wide array of products, including Web & Email Hosting, Website Development, Email Marketing and Data Storage Solutions. Visit pspinc.com to learn more. 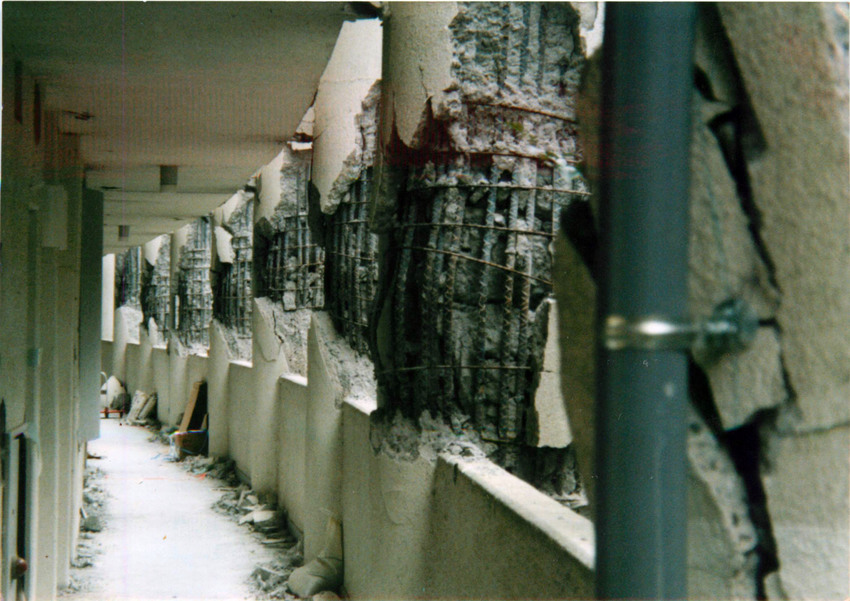 My parent's apartment corridor.
The only picture I have of this event.
This story takes place 25 years ago at 5:46am on January 17th, 1995.

I was working for a company and one of our Japanese customers called me at about 1:00pm. He told me that “There was a big earthquake in Kansai-area. You better get in contact with your parents!”. After getting off of the phone immediately, I called my parents. My mother took the phone and told me, “It was a big earthquake, I can see outside from a crack in the wall. Don’t worry, everyone is safe.”. Luckily, I was able to talk with them right after the earthquake but after that initial call, I could not call them for three days.

I heard that more than 600 people were dead in my hometown of Ashiya. After a week, I arrived at Kansai International Airport and took the train to Ashiya. On the train it was the first and last time that I heard an announcement of “final stop Ashiya Station”. There was no running water and it took four days to mobilize the Japan Self-Defense Forces (SDF). We learned a lot from this disaster, and it helped us with recent disasters in Japan to make sure there was minimum damage.

In this earthquake, more than 5000 people passed away. It has been 25 years. I pray for the victims of this disaster.