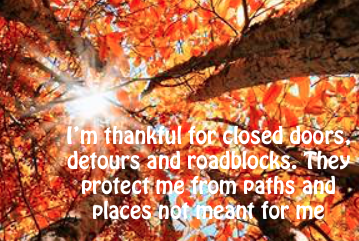 APPRECIATION OF MY NEW LIFE!
Nothing like: "A beautiful day in our neighborhood!" What a gorgeous THANKSGIVING HERE IN THE NORTHWEST! 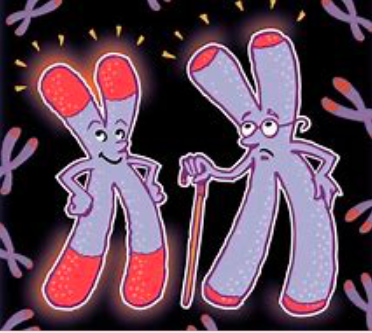 At age 80, I intend to live
upright, driving as long as is safe,
climbing our stairs
until I die.

Telomeres are those things at the end of our chromosomes. They protect the Chromosomes when they duplicate and longer Telomeres mean a longer and better life. They are like the plastic at the end of our shoelaces that keep the shoelaces usable. Science says there are ways we can keep the Telomeres from shortening by our lifestyle choices.

Krissie has Pulmonary Arterial Hypertension and 8 years ago she was told she had six months to live. Her problem is shortness of breath and she was hardly able to walk across the room at one time. She still can’t maintain a full time job, but with medication she is able to do some part time work.

We had a discussion this last weekend about drugs and side effects. Krissie is not afraid of death, but one of the goals she decided was important for the rest of her life was to avoid dementia. I told her about Dr. Elizabeth Blackburn who got a Nobel Peace Prize in 2009 for her Telomere research and how she has chosen to be on the Shaklee Corporation board because of Shaklee’s solid science behind their products.

One of the scientific studies show that an 80-year-old like me, who has been consistent with Shaklee supplements for the last 20 years, has Telomere length equal to the average person in the control group that is 40-years-old. Shaklee has supplements focussing on avoiding Alzheimers and dementia - MindWorks and Vivix - that particularly protect cells as they duplicate!

I'm 80-years-old and not afraid of death but want to
avoid Alzheimer's & Dementia the rest of my life.
This morning Dr. Elroy Vodjan was on a morning show because he was part of the medical research team that developed a blood test that can detect early Alzheimers.

He explains that only 1% of Altzheimers is genetic. Early detection and our lifestyle relating to diet, exercise, sleep and getting rid of toxins make the greatest differences.

Raw fruits and vegetables are starters. We haven't had bread and sugar desserts in our house because Sam researched ways of avoiding Diabetes and that's why he got me involved with sharing Shaklee products for financial health as well as physical health.

Research shows that Alzheimers develops from some of the same elements that produce Diabetes. Clearly, a healthy mind until we die is what Sam wanted most. HE ACCOMPLISHED THAT. Other parts of of our family and friends join me in acknowledging that one of the tools available to us for avoiding Alzheimers is medicine in the form of FOOD.

SHAKLEE supplements is FOOD. The philosophy and research behind the supplements include low heat production for preserving the live enzymes. Solid scientific research proving those of us 80-years-old, who have consumed adequate amounts of Shaklee supplements, have Telomeres that are equal to the average American 40-year-old. I'll blog about Telomeres tomorrow. 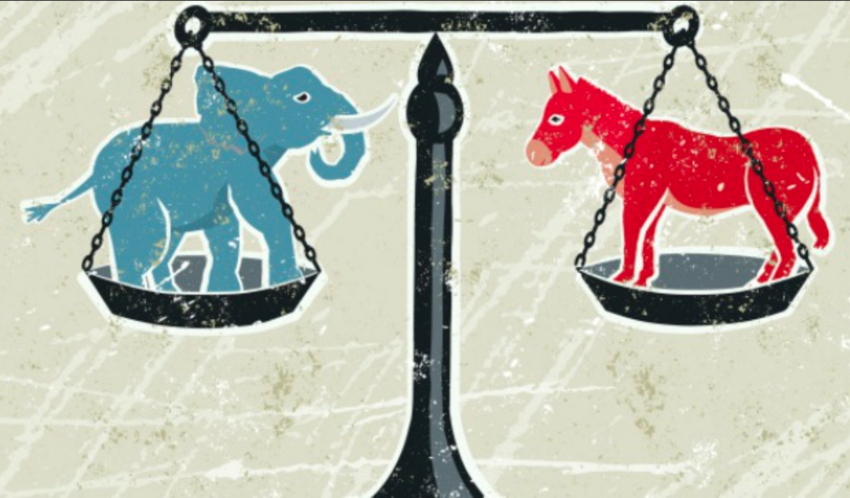 “Human diversity makes tolerance more than a virtue; it makes it a requirement for survival.”
— Rene Dubos
At the November meeting of FJCUSA (Forum for Japanese in USA), Professor Hellmann spoke about the issues between Japan and South Korea. He is representative of the U of W Jackson School of International Studies. He also received an award from the Japanese government for his research and knowledge about Asian politics and public sentiments.

Hellmann is strong in his knowledge of Asian politics and I was anxious to gain insight to Asian issues currently in the news. Unfortunately, his personal politics and President Trump hatred colored his whole presentation with an ending of hopelessness.

With his liberal bias, Hellmann gives government leaders too much power. There were a number of conservative Japanese immigrants in the audience who value the personal and individual power that is a choice in the USA. One question from the audience during the question and answer part of the meeting was: “Isn’t it part of the strategy to help these countries with power to govern themselves?”

My hope in attending the meeting was to gain more perspective that we as individuals could pass on to our contacts. For instance, I entertained a visitor from Japan earlier this week and he has an acquaintance that might have a connection to Japanese diplomats. There a lot one “can” do. I disagree the meeting needed to end with a hopeless sentiment.

What makes America a great country is that there are at least two sides to most ideas with individual power? I’m not a fan of extremism nor polarizing commentary. But both sides have rights. 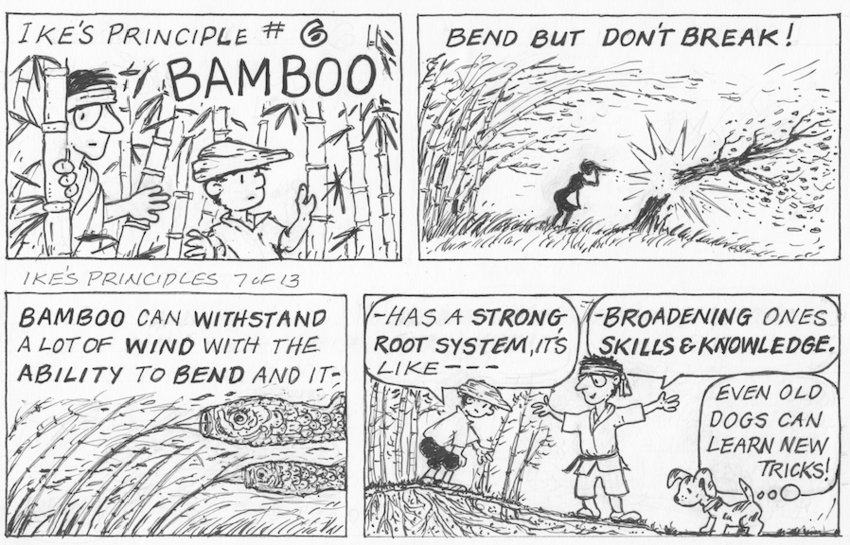 Like Bamboo develop a broad base of knowledge
But be careful not to invade where not wanted!
In graduate school, my thesis was about the difference between men and women. The key was that Women have a larger Corpus Collosum that is the bridge between the right and left brain activity. Therefore, men can be more focussed. Perhaps that is why they are the better bread winners. Women on the other hand use both sides of their brain more and may be more flexible. Thus, women may be better at multi-tasking and running a household with different and changing levels of communication.

At age 80, its still important to keep learning so I can handle the different scenarios in my life like Inu the dog. 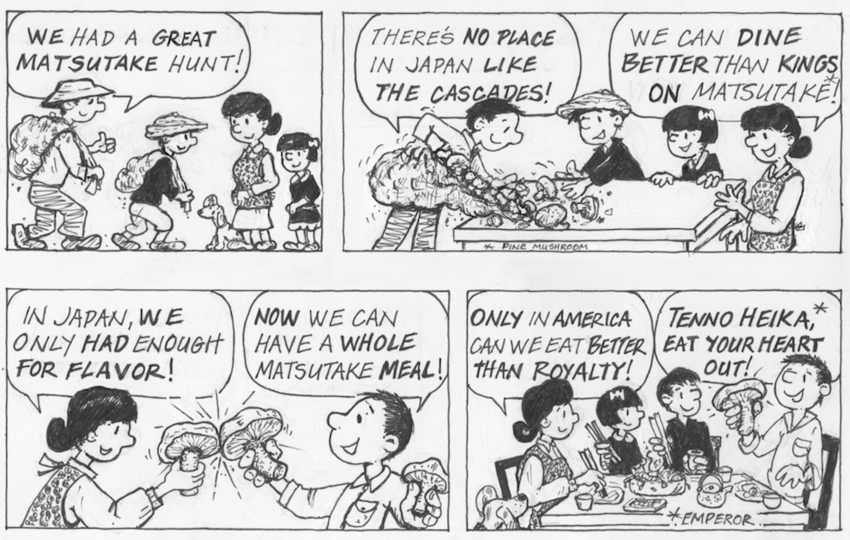 MATSUTAKE - PINE MUSHROOMS
It's November and the season is just about over for the Matsutake hunting season here in the Pacific Northwest. The most delicious way to fix Matsutake is to slice them and saute them in butter with a little salt and pepper. My mouth is watering as I think of how a few bites taste as a royal appetizer!